Would Richard Diebenkorn been any less brilliant if his works were unrecognized? Would he just have been a man that spent much too much time alone in a room painting and drawing if no one knocked on his door? Would Pierre Bonnard be considered any different? It’s just a matter of doing the math to assign value to an artist’s work, but it takes willing buyers to assign worth. It take an audience that shows up and applauds to assign worth. Patrons validate the work’s worth by choosing the work. Both of these artists are known, not because their work was transformative or because of their brilliance, but because the work had traits that surpassed value, the work that they made was seen to have worth. Without that, they would have been men that spent much too much time alone, making pretty pictures just to amuse themselves. 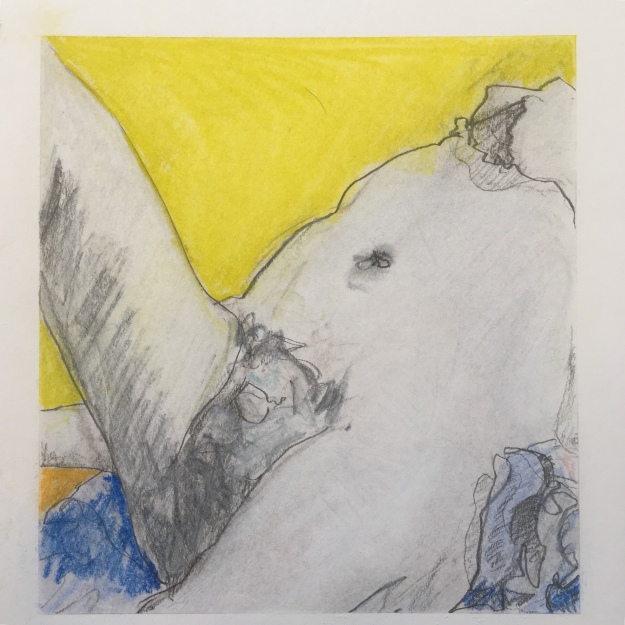 These two pastels are from one 20 minute pose with Marcus today. The exercise that I had in mind was to quickly put down the form, lay in the color, and stay away from portraiture. Jess kindly pointed out that I cropped the composition into a crotch shot (thanks Jess), I had seen the composition as an intersection of diagonals creating recognizable form… but now that she pointed it out, yeah, turns out it’s a crotch shot.